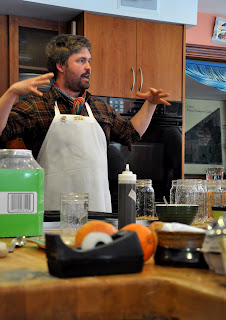 I'll admit, fermented vegetables used to be one of the last things that would make me say, "oooOOooo, that sounds good."  But, I was thiiiiis close to buying Wild Fermentation from a bookstore in Wicker Park while we were in Chicago last weekend, because my interest in all things fermented has been rising since I've realized the potential for creativity (which is what I'm all about).  I'm kicking myself a little now because I've been recently re-inspired to go deeper into the fermented abyss after attending a fermentation workshop led by a friend from the farm.

Tantre Farm, where I worked last growing season, has been the birthplace of many great things, including The Brinery, a business started by David Klingenberger, specializing in fermented vegetables produced using the process of lactofermentation, as outlined in Wild Fermentation, along with how to make kombucha, miso, beer, sourdough starter etc.  Through my position at the co-op, I was able to help facilitate a workshop lead by David and took some photos during the class.


People came. People learned. People brined.  And it was good. 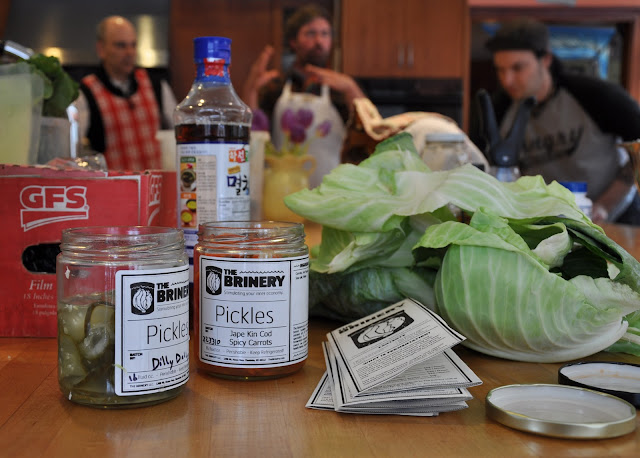 The main things I learned were that:

1) contrary to what the name might suggest, lactofermentation does not involve the use or addition of bacteria or yeast derived from animals sources.  According to the Briner himself, the beneficial bacteria used in the process is named such because it was first isolated from a lacto-related source, but it is found naturally on fruits and vegetables. 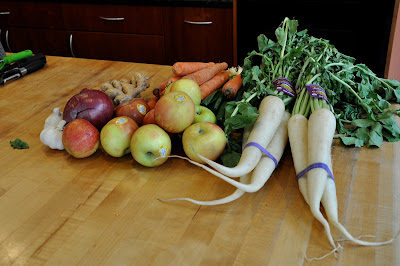 So, that waxy stuff on a cabbage or kale leaf . . . not pesticides (especially if it's organic), not artificial wax, or residue from shipment; It's the bacteria and yeast naturally present in the soil and on the plant. 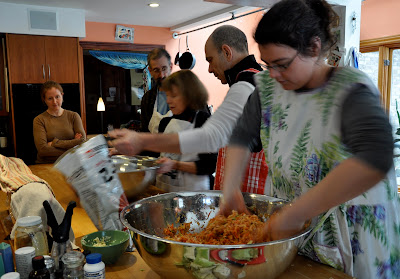 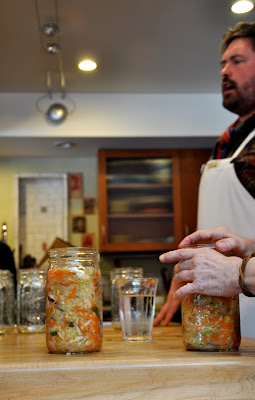 All we added, aside from the vegetables, was a little salt to get the brine going!

2) the process is totally safe.  Aside from off flavors, there shouldn't be any reason not to eat a batch of lactofermented vegetables because they have never been known to cause serious health problems due to spoiling.  (This is covered in more depth in Wild Fermentation)

Now I'll wait a few weeks and see how the kimchi we made turns out . . . 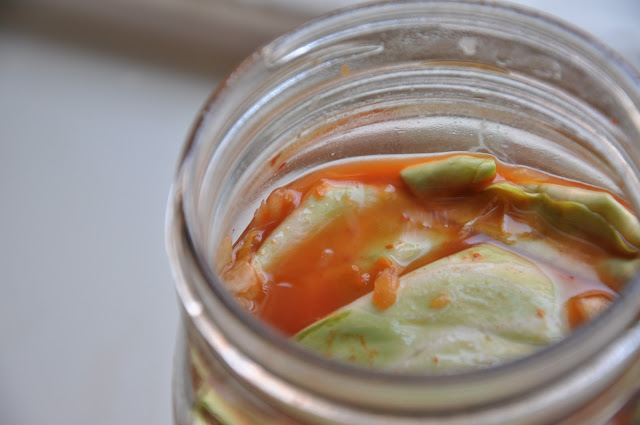 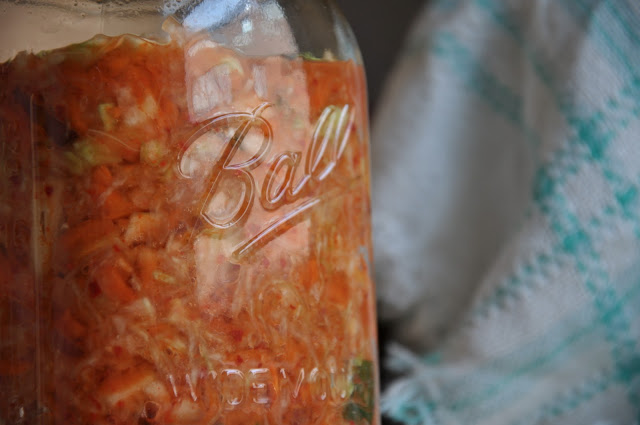