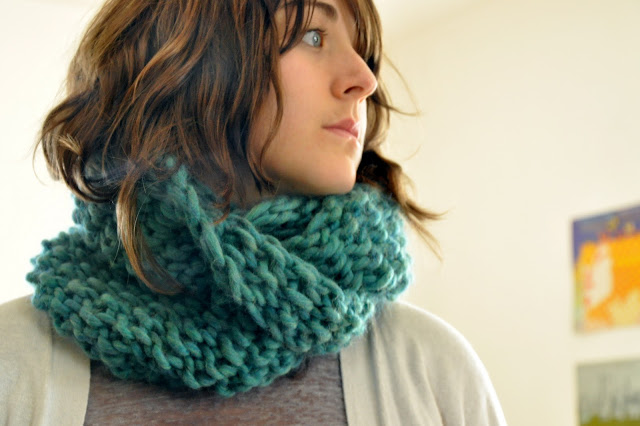 This is one piece I'm having a hard time parting with.  The yarn is so soft and the color is so dynamic that I just want to cuddle it non-stop until the end of my days.  But since it was made for such a dear friend, I will cut the cord and send it to her.  It just means I'll have to cuddle her instead when I trek out to Boston to visit her (which is the superior alternative, for sure!)

Everything about making this cowl was an absolute TREAT!  I bought the yarn at this adorable shop in Chicago called Sister Arts Studio.  Finding it was a true discovery.  My cousin and I spent most of the weekend aimlessly wandering around Chicago re-exploring the city, and at this point in the day we were lost and hungry and feeling annoyed after taking a wrong turn and walking 5 blocks in the wrong direction.  We happened upon a welcoming looking window across the street and crossed to take a peak inside thinking for sure we'd only be able to look since everything around it was closed. 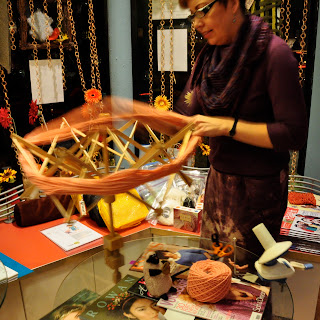 It was a Tuesday night around 8pm and usually the studio would have been closed too, but to our pleasant surprise it was open and full of people!  They were having a knitting class but even though the owner was busy facilitating the class, she was attentive and welcoming.  Many knitting stores' owners make you feel like an intruder if they've never seen you before, especially if you come in at an odd time of the day, but not at this shop!  I probably touched every yarn on the shelves before finally deciding on one of the sale yarns, which she wound for me. 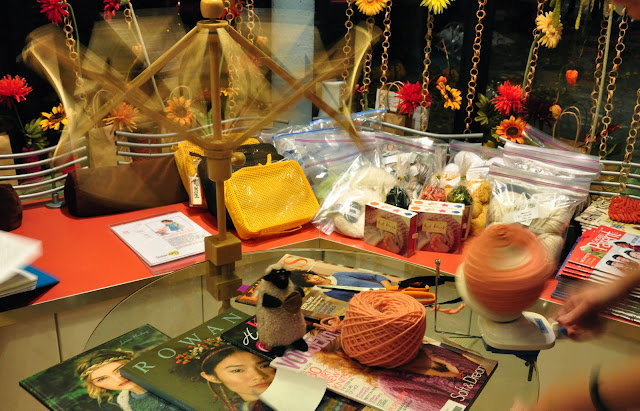 So this year when I went back to Chicago, I made sure to visit again, and found this beautiful yarn . . .
The owner, again was super welcoming even though she was teaching two demanding little girls by herself that night.  She was patient with them and with me as I carried around three different skeins before deciding on this one.  She asked what I was going to make with it and gave me a free pattern that only took one skein of the yarn I was already buying!  The pattern was pretty much what I was already planning to make but it gave me some guidance on the twisting of the first stitch that I otherwise might have improvised.  Find the pattern here: Marian

Mine turned out longer than the one in the pattern (I had 123 yards), which was perfect for this version since I wanted it to be able to be worn wrapped once around or unwrapped and just draping in front. 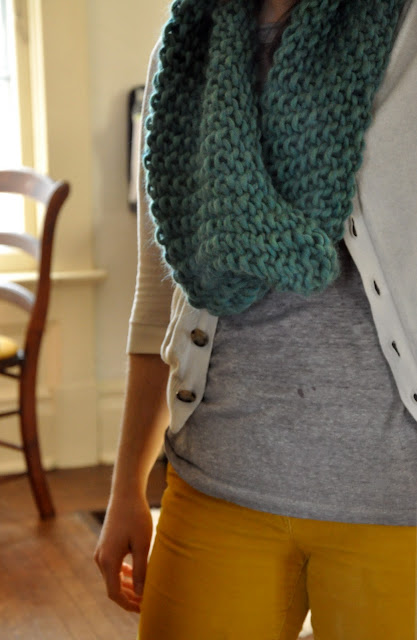 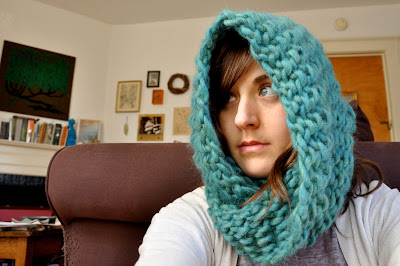 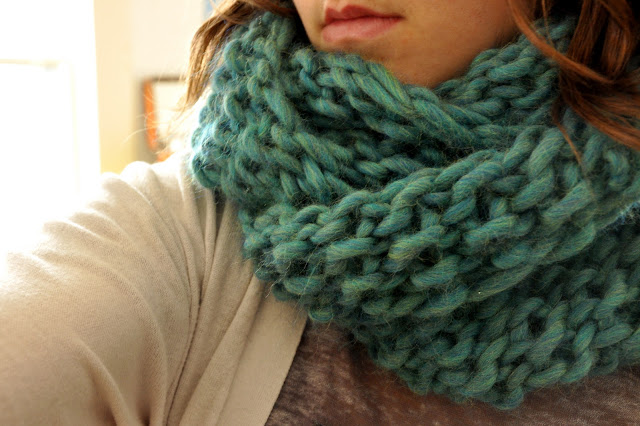 Thanks to Sister Arts for the inspiration and beautiful yarn!  I'll definitely be back next time I'm in Chicago!
Posted by Caitlin at 10:48 AM